For Nanomaterials, Sadie Weis approaches the curious dialogue between scientific research and artistic investigation through the shared sense of wonder and quest for knowledge both subjects hold. In Weis’s multi-media creations, she simulates future-world-making through channels of fantastical science and crystal growth experimentation, often pairing scientific reality with imagination. Over a period of seven weeks, Weis has observed scientists at Paul-Drude-Institut working on the synthesis and physical characterization of crystals beyond those developed by nature.

Crystalline materials are obtained combining oxygen and metal atoms to create thin layers (at the nanometric scale) of oxides in a deposition process called Molecular Beam Epitaxy (MBE). In this process, the reaction of metal with an oxygen plasma results in the formation of a crystal structure where atoms are ordered in a regular lattice. Plasma is the fourth fundamental state of matter also known as ‘radiant matter’.

Inspired by the artist’s laboratory observations and insight gained through Nanomaterials, her impressions about the formation of oxides in the MBE culminated into an exhibition entitled PLASMATIC. The visual, holographic and sound installation experience can be viewed inside a historic aviation engine test stand. Accompanying work of drawings, paintings and observational notes will be exhibited at the Erwin-Schrödinger-Center and Paul-Drude-Institut für Festkörperelektronik.

This process-based collaboration poses an ongoing question shared in the creator minds of both artist and scientists alike: ‘do you think you are a force stronger than the laws of nature’? 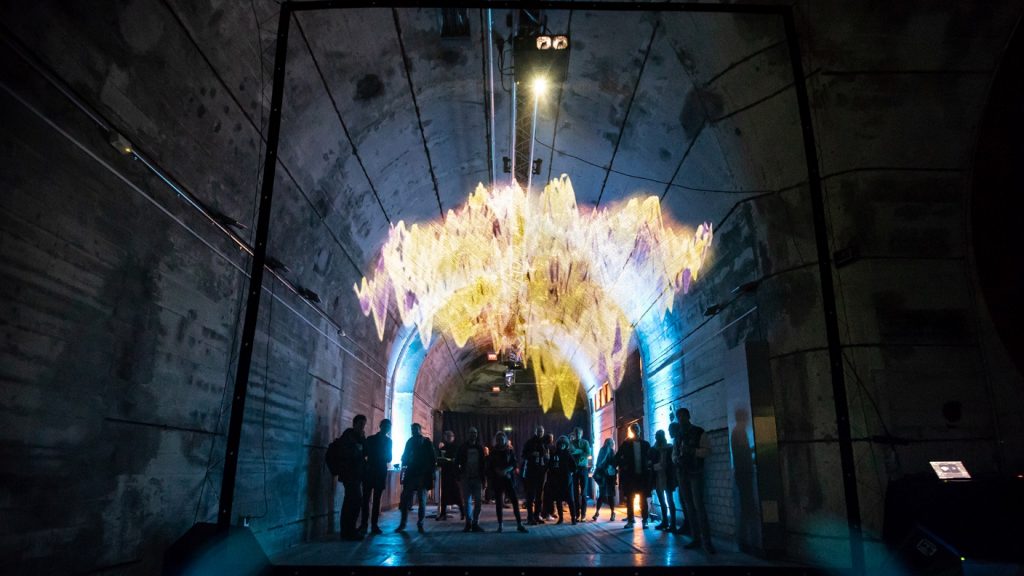 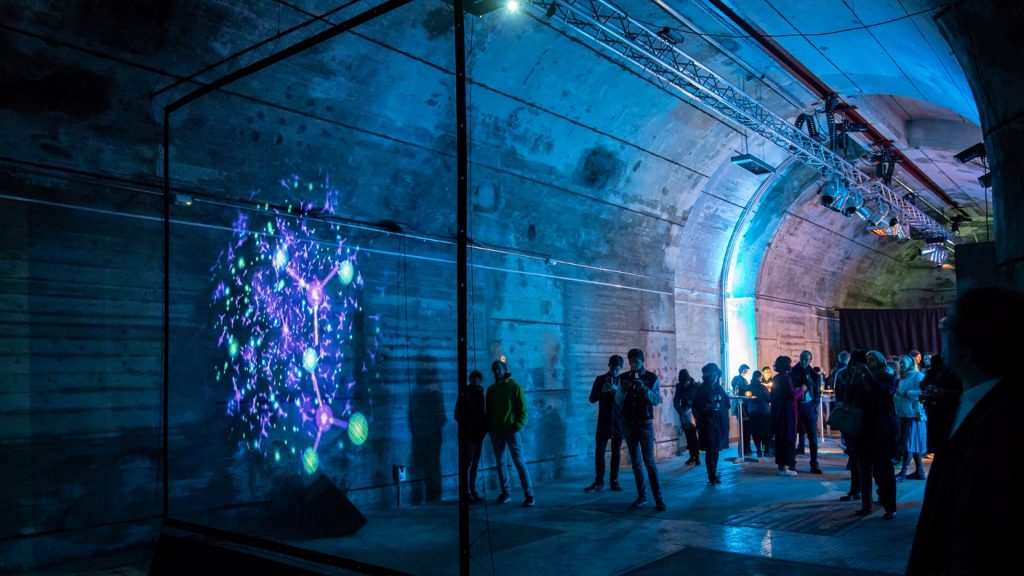 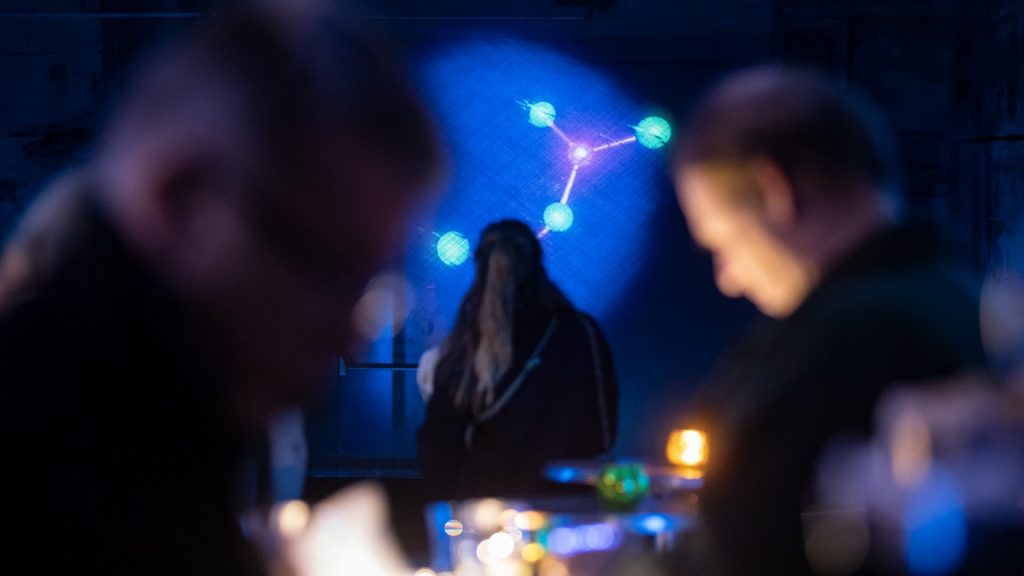 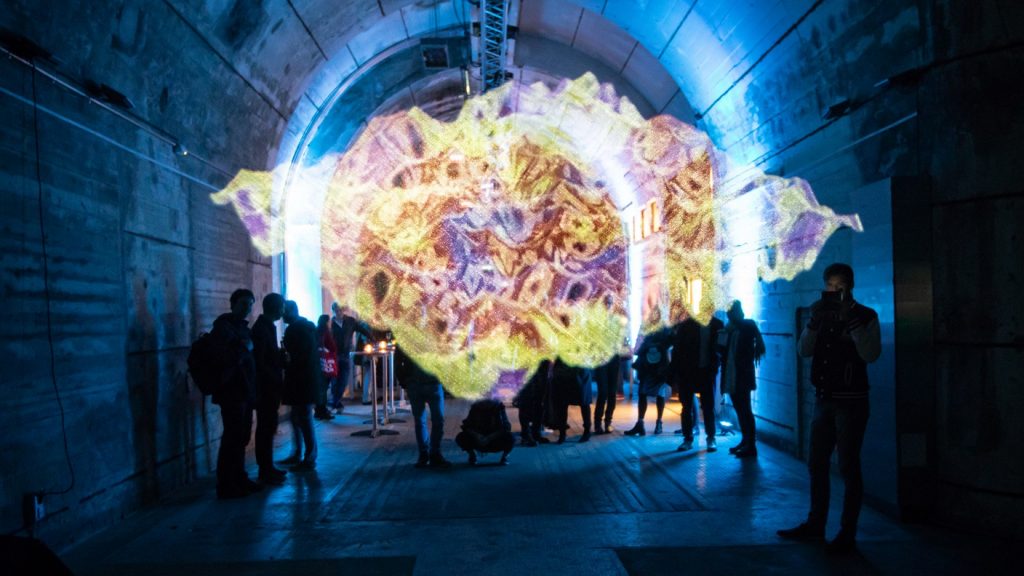 PreviousPrevious post: Drowning in Data
NextNext post:Tales From a State of Shemergency II