Talking Straight is a multi headed, gender fluid hydra and provider of performances and other immersive post-post-humanist services. In collective ritual simulations, Talking Straight guides, always in an affirmative obsession, through the hyper sensual catastrophes of the daily status quo: racism, sexism, classism, the genius, humanism and other ‚isms‘ bound to this planet. Our practice implies holographic acting, a performance method which focuses on remaining in and embracing the ambivalent state, and radical sensuality. We mainly communicate in ‚foreign language‘ ( an improvised middle european sounding language) or in other demolished languages, always denying the purely semantic understanding. Past key businesses included the affirmation of neoliberal structures in performative training simulations, conferences and coaching seminars. The life coaching simulation TALKING STRAIGHT ENTERTAINMENT, a co production between Studio Я / Maxim Gorki Theaters, Theater Neumarkt and Festspielen Zürich, was shown in the context of Stückemark in the Theatretreffen 2016.  In September 2016 Studio Я showed TALKING STRAIGHT WILL SET US FREE , a simulation of an act of state concerning the anniversary of German reunification. Previous to that TALKING STRAIGHT SEX premiered in the „Body Talk“ festival at Münchner Kammerspiele. We are often approached as interlocutors in the current discourse revolving theatre and its politics and were invited to give performative statements at the conference „Really Useful Theatre“ 2015 at Sophiensaele/Berlin and the annual conference of the Dramaturgische Gesellschaft at Deutsches Theater / Berlin in 2016. Talking Straight were guest lecturers at the University of Hildesheim, University of Arts in Bern/Switzerland and participated in the conference „Commit Yourself“ at Freie Universität Berlin. Since April 2017 we are artists in residence in the  Studio Я of the Maxim Gorki Theatre Berlin with our long term project TALKING STRAIGHT CENTER. Through the embodiment and distortion of a multidisciplinary corporation, we attempt the liquefaction of the power structures which are inherent in economy, politics and not least in science. 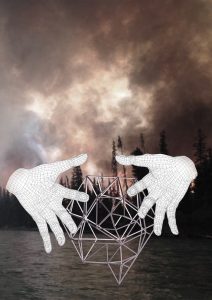 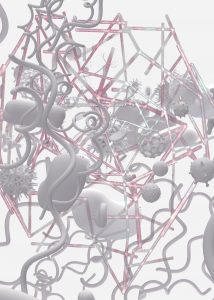 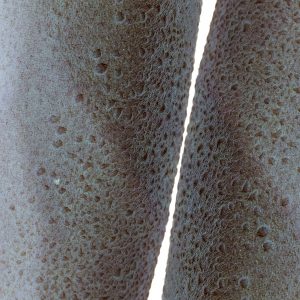 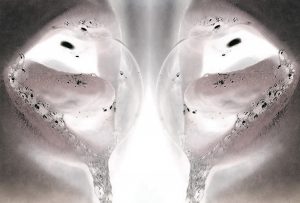 PreviousPrevious post: Bunny Michael
NextNext post:Tales from a State of Shemergency I